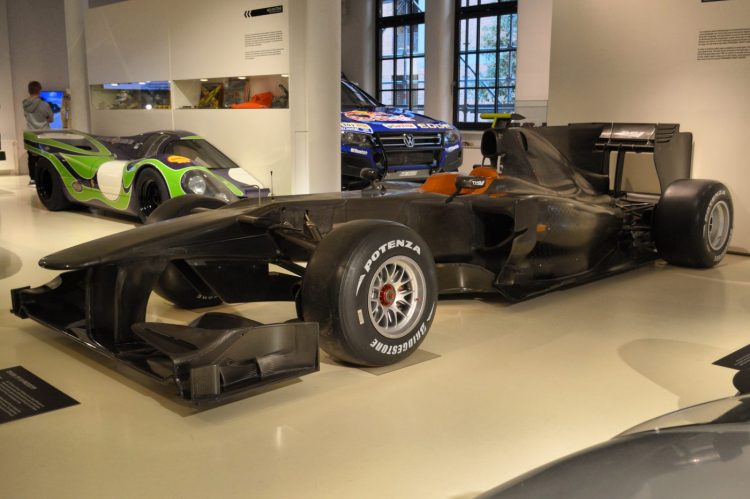 Toyota’s foray into Formula 1 in the 2000s didn’t quite yield the success that the Japanese manufacturer had become accustomed to elsewhere in motorsport.

Despite allegedly running with the biggest budget of all the teams it competed alongside, the Cologne-based operation never won a single race, let alone a title.

That could have changed in 2010 thanks to a radical new car that Toyota had been hard at work developing, one that would sadly never see the light of day.

In 2009 Toyota showcased strong form, finishing fifth overall in the Constructors’ standings for the second consecutive season, and claiming five podiums (Toyota’s highest trophy haul, equal with the 2005 season) as well as two fastest laps and a pole position in Bahrain in the hands of Jarno Trulli.

However, despite the impressive season, a race win still evaded the team and amid the global financial crisis, Toyota’s board decided to join Honda and BMW in pulling out of F1. Renault would follow not long after.

With the decision to quit F1 coming at the 11th hour, Toyota had already completed much of the ground work on the project that would have become the team’s 2010 car. Two complete chassis had been built and many within the sport believed that the car, the TF110, would have finally put the team on top in F1.

Of course, it’s impossible to say just how good the Toyota TF110 would have been, but the car did showcase some radical technological developments, including a ride-height adjustment system and what was described as an ‘extreme’ rear diffuser – a version of the blown diffuser, used by many teams throughout the 2010 season was also said to be in the works. 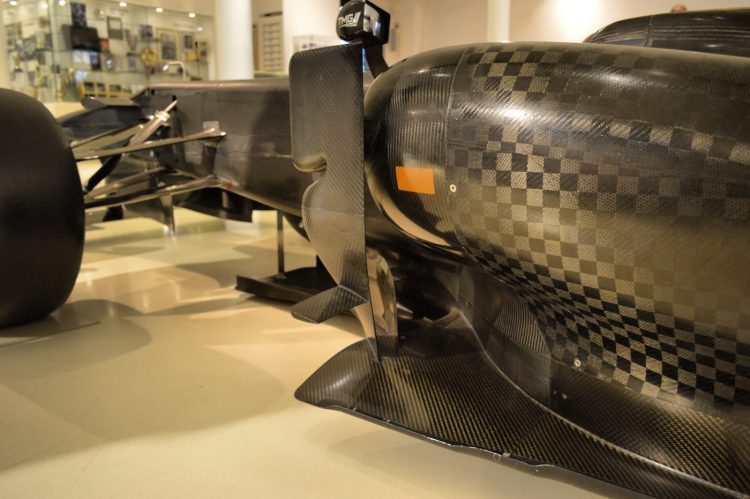 Toyota engineers worked to optimise the design of every aerodynamic aspect on the TF110. They started at the front of the car, where the team planned to introduce a radical front wing design.

The aerodynamic optimisation continued further back, with a somewhat deeper undercut on the side pods compared to its predecessor, and a tighter ‘Coke bottle’ section at the rear as part of the wide-reaching aero overhaul. Something similar to the ‘F-duct’ rear wing stalling devices seen in 2010 was also reportedly worked on, although it differed to the device introduced by McLaren and later copied by rival teams.

“When we stopped the development, we had 20 to 30 points more downforce (with the new car) than the last version of its predecessor,” Timo Glock, Toyota driver in 2008-09, told Auto Bild back in 2010. “We had far exceeded our goals, for even the TF109 was good enough for podiums.”

Unlike today, Formula 1 rules back in 2010 permitted high-nose designs. The regulations allowed cars of the time to force more of the free-stream airflow underneath the floor pan, a move that further increased the importance of radical diffuser designs that took advantage of the additional mass airflow, such as the one allegedly fitted to the TF110.

Forward thinking aerodynamic design was nothing new for Toyota. The 2010 car’s predecessor, the TF109 began the 2009 season with a ‘double diffuser’, and was one of only three teams to capitalise on the controversial idea at the start of the season.

The element proved pivotal in Brawn GP securing both the constructors’ and drivers’ titles that year, while the likes of Ferrari, McLaren, BMW, and Renault, who had been the frontrunners in previous years, all struggled as they scrambled to catch up and introduce their own interpretations of the ‘double diffuser’.

On the TF110, the nose was visibly high compared to other cars on that year’s grid, a feature considered something key to the overall concept of the car according to its principal designer Pascal Vasselon. 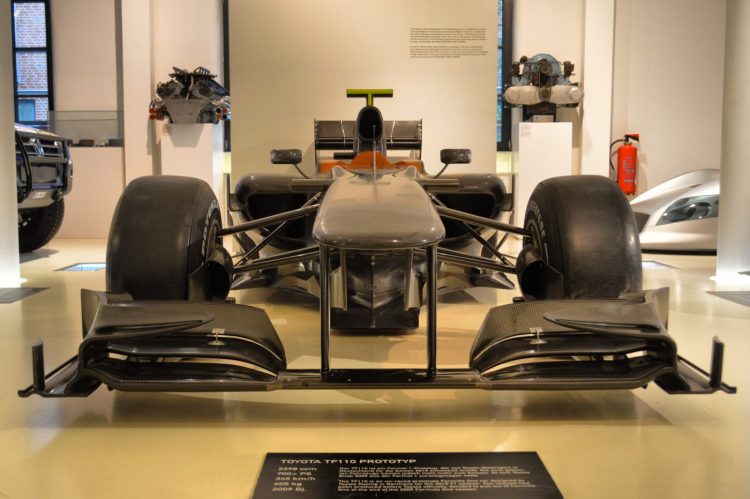 “I dare to suggest that we would have had the highest nose of all the current cars,” Vasselon told the same German publication when the car finally broke cover over the summer of 2010. “Only in this way would the diffuser operate perfectly. For the first race, we had an update package with the blown diffuser in the pipeline. So with Red Bull we would have been the first.”

While the TF110 never raced, two teams attempted to purchase the two constructed chassis to use them in Grands Prix. The struggling HRT operation intended to replace its underwhelming Dallara-built F110s with the Toyota, but a deal to purchase the cars was never completed. Serbian businessman Zoran Stefanovic did reach an agreement to use the cars for his eponymous Stefan GP operation, but the team was never granted an entry into the World championship.

Interest in the cars also came from tyre supplier Pirelli, who expressed an interest in using the Toyotas as development sleds for its F1 tyres ahead of their return to the category in 2011, but instead opted to use the race-proven T109.

Of the two TF110s built, one (TF110-01) was painted in Serbian red for Stefan GP and completed a shakedown in the hands of Kazuki Nakajima in a car park at Toyota Motorsport’s headquarters. The same car was also driven by Toyota F1 boss John Howlett, but he reportedly crashed the car into a factory wall during a run arranged to mark his leaving of the company.

The second chassis (TF110-02) remained unpainted and is now on display at Automuseum PROTOTYP in Hamburg, Germany (pictured).

The TF110 may not have been given a chance to prove itself in Formula 1, but many of the car’s development staff and resources were given a second chance to showcase their talent. Many in Toyota’s F1 programme went on to work on the manufacturer’s successful LMP1 effort a few years after the TF110’s story ended. 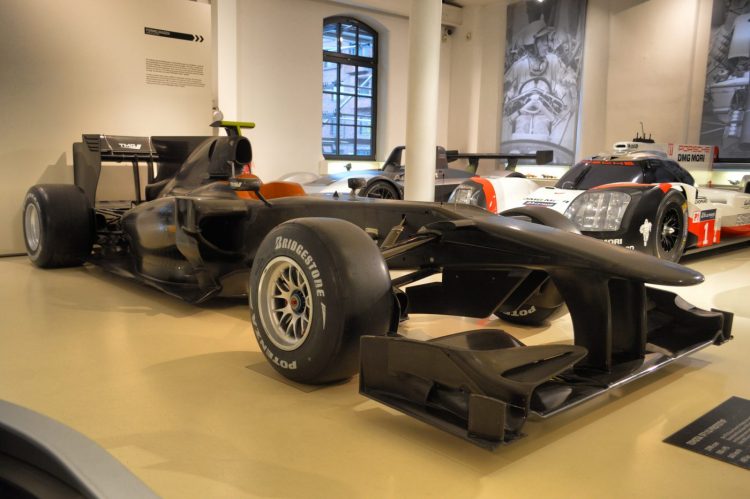